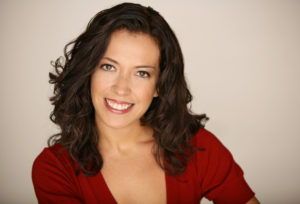 Formally trained, she earned a Bachelor’s in Fine Arts degree in dance at the Cornish College of the Arts in Seattle, WA. Cynthia started professionally dancing while touring with Fusion Dance Company, and then getting her break from Stiletto Entertainment, aboard Holland America Line cruises.  While aboard the MS Ryndam, Cynthia had the pleasure of being a guest showgirl for the World Poker Tour’s main event, aired on The Travel Channel.  In 2005 she relocated to Las Vegas, where she performed nightly in The Masquerade Show in the Sky at the Rio All Suite Hotel. She then performed with The Magic of Rick Thomas and then dancing and performing for Nathan Burton Comedy Magic at the Flamingo hotel as well as Legends in Concert at the Harrah’s Hotel. Cynthia also toured with Kenneth Blake’s Showstoppers: Can’t Stop the Beat show. Cynthia’s television credits include a guest showgirl for Nathan Burton’s magic trick “7 days, 7 Showgirls, 1 Box”, filmed at the Aladdin Hotel for E! Television, as well as on the Canadian Television show “Ultimate Dream Day”, Masters of Illusion, Ellen DeGeneres Even Bigger, Really Big Show, Extra with David Hasselhoff, Vegas.com Commercials, Americas Got Talent and she was also profiled for “Latin Eyes”, a San Francisco based show.  In the midst of all her work, Cynthia has always found time to teach her love of dance to children of all ages.

In 2011, after 6 years of performing and teaching in Las Vegas, Cynthia and her family have relocated to Spokane, Wa. She has proudly taught for the last 18 years and is sharing her passion and love with students of all ages. 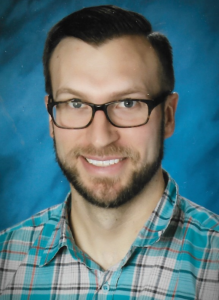 Michael started dancing right here in Spokane at the Carol Lee Studio of Dance when he was three years old.  Growing up, he took classes in tap, jazz, ballet, and clogging.  Michael continued dancing through college when he owned and operated the Lilac City Cloggers.  He also taught tap at Sandra Olgard’s Studio of Dance and Inland Northwest Ballet.  Upon graduating from college, Michael moved to Walla Walla to teach middle school math and science.  There, Michael opened the Anderson School of Dance which focused solely on tap.  Michael owned and operated this studio of 50 students for five years and was voted Best Dance Studio in Walla Walla in 2014.  At that point, Michael chose to move back to Spokane to be closer to family. 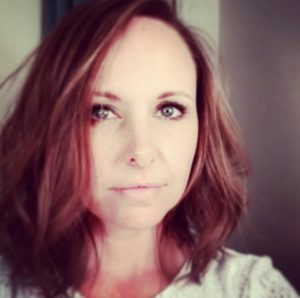 Mindi got serious about dance “later” in life. She took ballet and gymnastics at the age of 3 followed by almost a decade of amateur choreography with her sister and friends; putting on performances for their parents. At 12 she joined the Mead Jr. High dance team. This awakened her true passion for performance. The following year she took a jazz class and by the next year she was on her studio’s performing/competition team. This led to many student choreography awards with her partner, Arica Hanson (now Randall), including an overall choreography high score at Dance Magic. She was a founding member and Captain of Mead High School’s dance team in 1993/94, choreographing all but one of their routines. In 1995 she entered the University of Idaho’s Dance Education program. She had many contemporary and modern pieces in their popular Dancers, Drummers and Dreamers show,  5 years running. She graduated in May of 2000 with a Bachelor of Dance. After graduation she moved to Plymouth, NH where she coached the cheerleading squad at Plymouth State College as well as creating a number for the college dance team. After moving back to Spokane in early 2001 she took a break from dancing and pursued her other creative passion: singing. She was the lead singer of 3 local cover bands over 12 years. She came back to dance last fall, teaching jazz during StudioINC’s inaugural year. 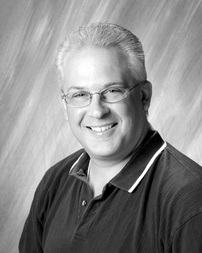 Paul has been dancing from the age of 3 starting in the basement of his home where his mother taught dance. After graduating from high school he started his professional dance career at Opryland USA in Nashville, TN. After becoming assistant choreographer and dancing there for 5 years he moved to Los Angeles and got his first job in Tokyo Japan. He later returned to Tokyo to dance at Tokyo Disney. When he returned from Tokyo he went to work for Disney World in Orlando dancing in Beauty and The Beast at MGM Studios. Paul has worked with such stars as Gregory Hines, Bill Cosby, Brenda Lee, Barbara Mandrell, Lee Greenwood and many more. His stage experience includes Joseph and The Amazing Technicolor Dream Coat, industrials for Nike, Levi Strauss, Oakly, The American Television Arts and Science.  His tap choreography has earned him top score in many competitions and he has taught tap all over the world. Hannah has been teaching, performing, and choreographing in the Spokane area for the past four years. She’s appeared in several productions at both Spokane Civic Theatre and The Modern Theatre CDA formerly known as Lake City Playhouse. Some of her favorite roles include ensemble in The Producers, Cha-Cha in Grease, Pippi in The Great American Trailer Park Musical, and Mimi in Guys and Dolls.  She has taught and choreographed at several theaters and schools in the Spokane area. Some of her choreography credits include Grease at Rogers High School, Legally Blonde at Spokane Civic Theatre, and High School Musical at Spokane Civic Theatre. She is thrilled to be apart of this great staff and to have the wonderful opportunity to share her passion for dance and musical theatre with the dancers of Studio Inc. 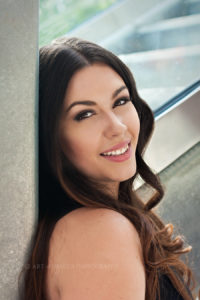 t
Kaitlyn Beres started her dance training at the age of 4 in a tap class taught by her mother, Kathleen. She went on to train at a well-versed competitive studio through her early years and high school, winning many top awards over the years. From ages 11-18 she was a member of a local youth ballet company preforming in shows such as Cinderella, Nutcracker and Coppelia.
Her love of contemporary/lyrical began when she trained under Mary Heller and Greg Halloran at the University of Idaho as a member of the Concert Dance Performance Group and Dancers, Drummers, Dreamers. During her time at the University of Idaho she was a walk-on member of the schools competitive dance team. Following her freshman year Kaitlyn transferred back home to Eastern Washington University to start her studies towards a degree in Pre-Medical Biology with an emphasis in Physical Therapy and Athletic Training.
Kaitlyn has been choreographing and teaching for 8 years now all over the Pacific Northwest. Her choreography has won many top placements, specialty awards, and choreography specific awards at many regional and national level competitions. 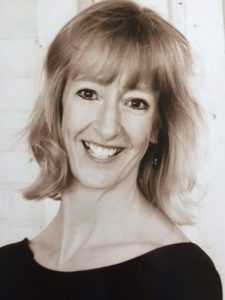 Originally from Southern California, Pam began her training and performing career with the Santa Barbara Ballet Company.  As a professional dancer, Pam performed around the world in Broadway style revues aboard the M. S. Crystal Harmony cruise ship and danced professionally with the San Francisco Dance Theatre, Chamber Dance Ballet Company SF and the Sphinx Jazz-Ballet Company of Vienna, Austria. Pam is a Cal Poly San Luis Obispo alumnus and is currently an adjunct faculty member at both Gonzaga and Whitworth Universities teaching ballet, modern dance and dance history. As a dance educator, Pam has taught master classes for the American College Dance Association at both Western Washington University and The University of Utah.  Her teaching career has also taken her to the University of Alaska where she has taught master classes and to the Central PA Youth Ballet where she participated in their 2013 Teacher Training course. She shares her passion for dance at several Spokane Dance Studios, is a national adjudicator for Spotlight Dance Competitions and teaches monthly dance classes for Parkinson’s patients and their caregivers. Kathryn earned her BA in Dance Choreography and Performance from the University of
Alabama and is certified by Dance Masters of America in jazz and tap. As a dancer she
has danced at Six Flags Over Georgia, throughout Australia and New Zealand, for the
Tennessee Valley Vipers, and the NBDL Huntsville Flight. As a teacher and
choreographer, Kathryn’s students have won countless high point overall awards at
regional and national conventions; including taking top honors at Spotlight Dance Cup
PNW Nationals and Dance America Nationals. Her students have gone on to become
Rockettes, working choreographers and dancers in NYC and LA, WSU Crimson Girls,
and Seahawk Seagals. Most recently, Kathryn enjoyed teaching and choreographing as
the Director of Dance Arts Academy and she currently serves as the Head Coach of the
Mead High School Dance Team. Kathryn is thrilled to bring her passion for dance and
dynamic teaching to Studio Inc